Understand and use a landscape map Print

The landscape map can be useful for several use cases, especially when the analysis of a large set of patents is needed.

The landscape map represents the patent families (or patent if the analysis has been done using FULLPAT), sorted into clusters, depending mainly on the semantically normalized concepts and IPC codes contained in the patents.

How is the map built?

The extraction of concepts is done on the full texts (original English and neural machine translated English as well) - then they are standardized based on syntactical and semantic rules (natural language processing).

Each concept is weighted based on the field (ie: Title, Abstract, Claims, Description…)  where it was identified and how often it occurred:

The map is constructed with relevant concepts and is built in 4 steps:

How to read the map?

Each dot corresponds to one patent family and the dots’ positions are based on the similarity of the patent families:

The more concepts and IPC codes in common, the closer they are located.

Distances are calculated between each patent and represented in one multidimensional representation (N patents à N-1 dimensions).

In a single colored cluster, you will find families (represented by dots) that share concepts and that will have links of proximity and similarity between them.

During the projection, the system calculates the position of each cluster.

When patents from the same cluster are located in several mountains or on a mountain + in the green area, it means the system identified that some patents also have links with other clusters and can’t be limited to a single mountain.

Topographic representation is based on the density of dots: the more patents in the same area, the higher the mountains. Low density areas are represented by water and green fields. 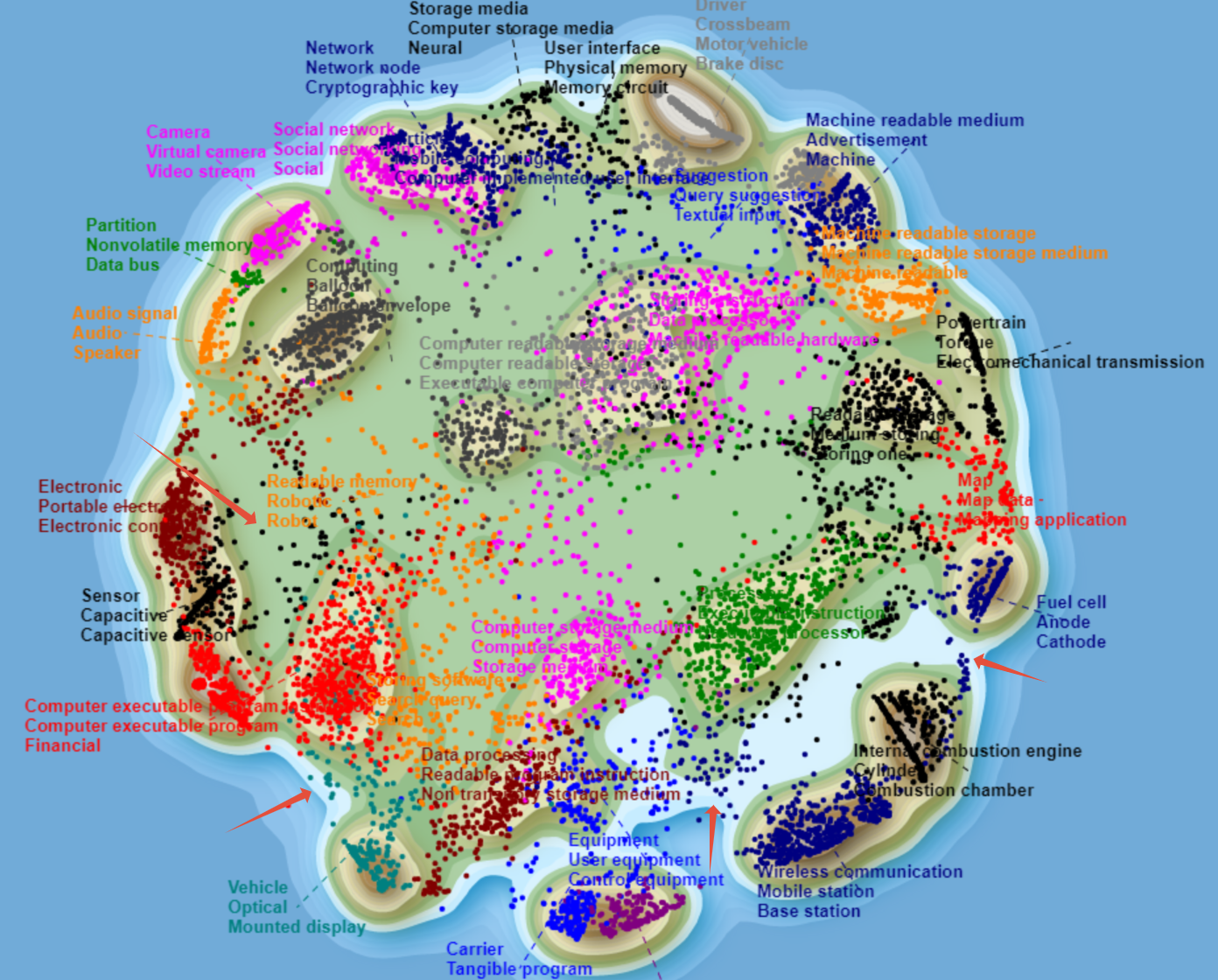 The following graphs show typical use cases of the landscape map.

During acquisition of a portfolio, the IP department might be required to assess the interest of the technologies in the acquired portfolio.

Generating the landscape map will help identifying new business potential and/or outdated technologies they can abandon after the acquisition. 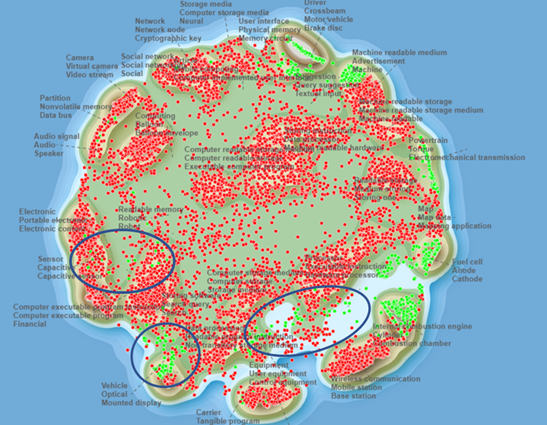 Intersection between clusters, to apply patents in low protection areas 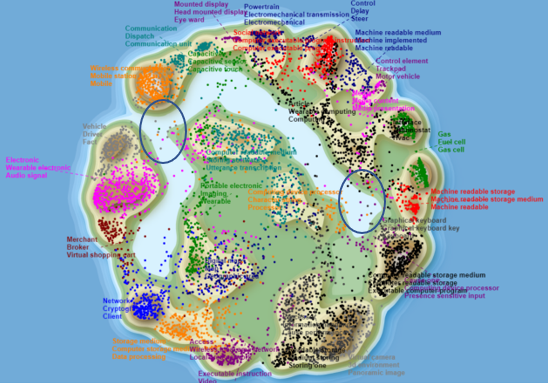 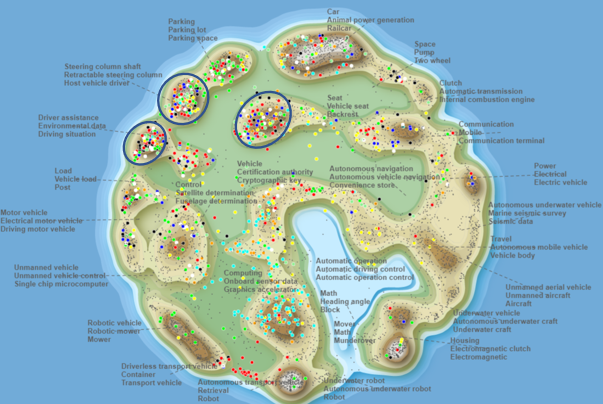