These are documents that are cited, often by an examiner as prior art, but more generally were published before the application and referenced by the application. They are sometimes referred to as cited patents.

The total number of times a patent family has been cited by other families.

They are often referred to as citing patents.

Variations: There are self (from the same company) or non-self (another, different company) citations, examiner (patent examiner cites an existing publication as prior art as part of the examination process of a newer invention), applicant or third-party citations. 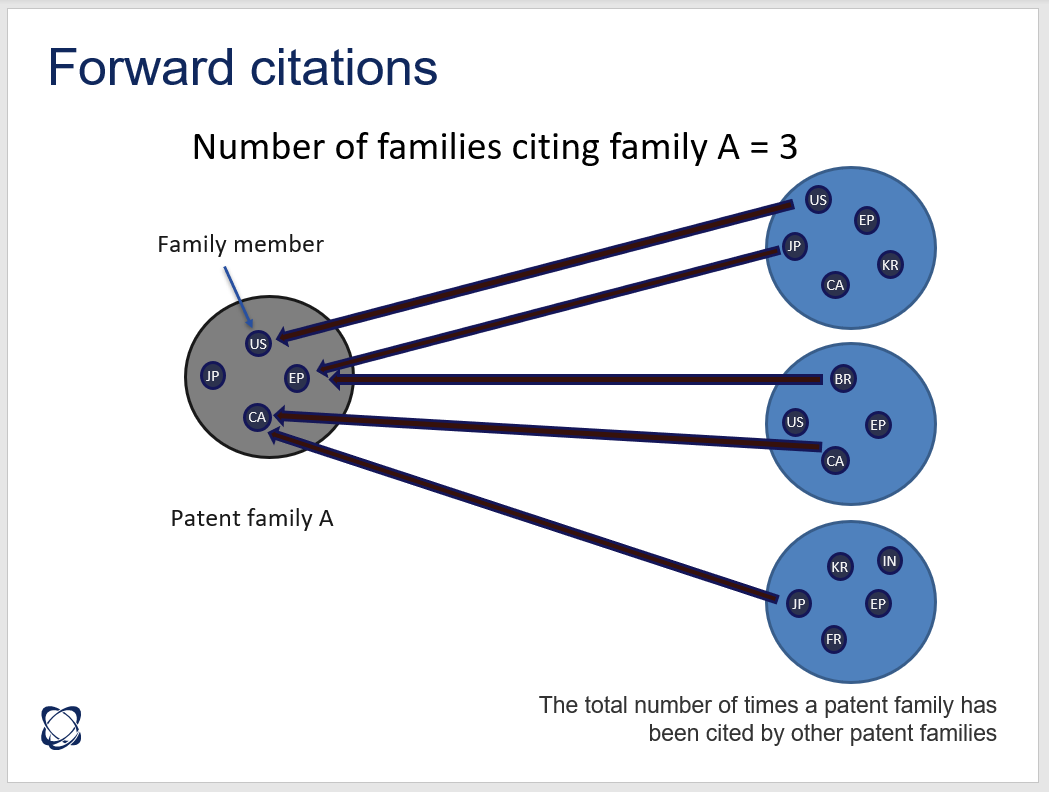 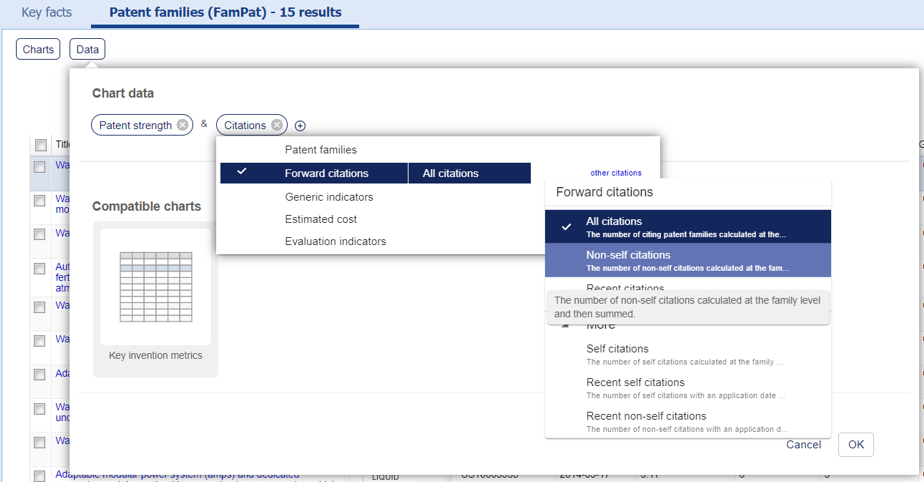 Recent self or non-self citations:

This is the same definition as for other citations but is further limited as having been within the last 5 calendar years. 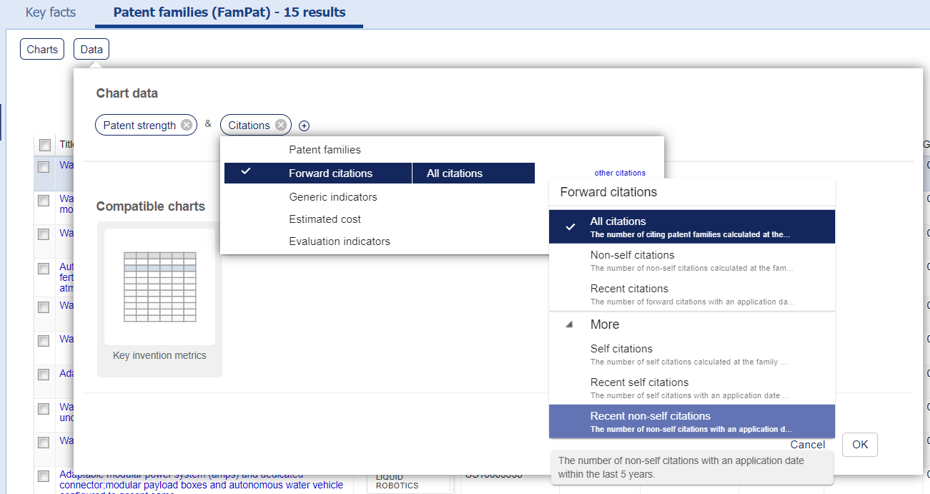 Citation velocity is a measure of total forward citations divided by the number of years since the 1st publication of this patent.

It can be a gauge of the increasing/decreasing usefulness of an invention by how much it's relied on as prior art by other inventions. 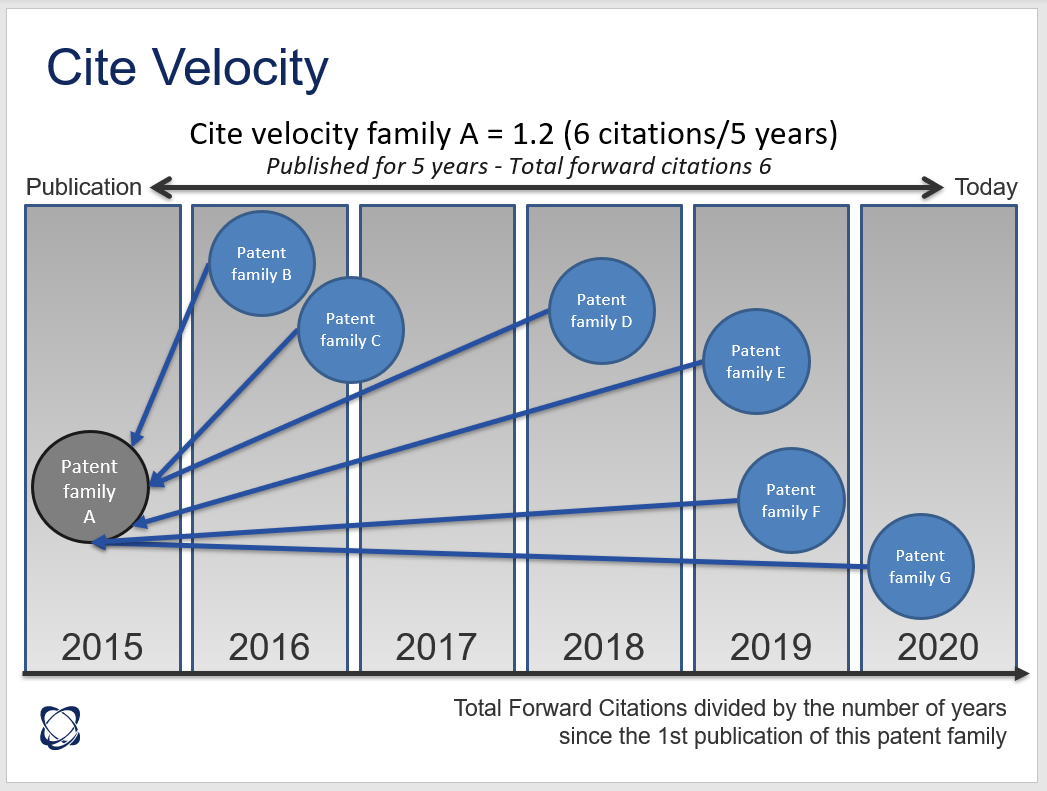